This is the fourth in a 5-part Lenten sermon series called “He Chose the Nails,” based on Max Lucado’s book by the same title. 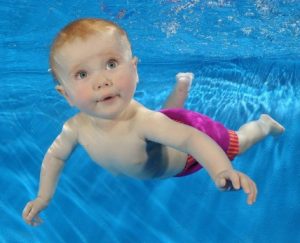 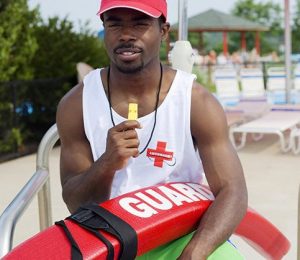 If you found yourself drowning, which one of these would you want to come rescue you?

Men, if you came to the realization that over time you’d let your health deteriorate to the point you needed to seriously get yourself back in shape, and you wanted someone else to walk alongside you as a source of support, would you rather align yourself with a guy whose DNA is such that he’s always been relatively thin and healthy…or this guy? I’d go with this guy, because I can see that he’s been there, so to speak. He’d be able to relate to me, b 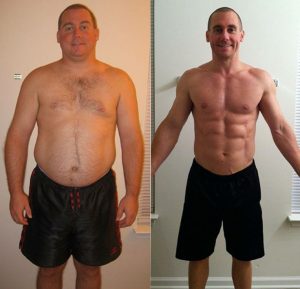 ecause he’s gone through what we’re going through. He’s been there and done that.

After Rachel was born I was granted some paternity leave in order to take care of Caroline and Rachel at home. Unfortunately, it quickly became evident that my presence, though well intentioned, was proving to be more of a hindrance than a help to Caroline. There’s a reason that new moms surround themselves with experienced moms: they’ve been there and done that. They can anticipate the needs of the new mom and baby and head them off before the need becomes apparent. New dads, on the other hand, truly have no idea what those needs are, because we’ve not been there and not done that.

In his book, He Chose the Nails, Max Lucado tells the story of the time a field mouse got trapped in the garbage can in the garage. The mouse, as you would suspect, was quite frightened, as evident by its scurrying around the bottom of the can. As it was, he’d decided to carry the can to an empty lot just down the road and let it go. But of course the mouse didn’t know that, and no matter how calmly he spoke to the little fellow, he remained frightened and untrusting. With pencil-in-cheek, he writes, “Even at the last moment, when I tilted the can on the ground and set him free, did he turn around and say thank you? Did he invite me to his mouse house for a meal? No. He just ran.”

What would Lucado have to have done in order for the mouse to trust him? He’d have to become a field mouse himself. Which is exactly what Jesus did; he became one of us. Why? Because he wants us to trust him.

Let’s put what he did in this regard into perspective. If it were possible, as cute as they may be, would you ever become a mouse simply to be able to tell it, “You can trust me; I’m not going to hurt you”? My guess is you wouldn’t. I certainly wouldn’t relinquish the benefits of being a human being just so I could communicate with a mouse so that it might trust me.

But, again, that’s exactly what Jesus did. We tend to think of Jesus as being nothing but a human being. But that’s not true. As the eternal 2nd person of the Godhead  — Father, Son, and Holy Spirit – he played a vital role in Creation. Before coming here, he lived eternally in the glory of Heaven. And he gave it all up and become one of us. He assumed not just our human body, but our fallen human nature as well. Which means that every terrible thing that you and I and every person in this world has experienced, he experienced as well when he took on flesh and blood. He can truly say to us, “I’ve been there! I know what you’re going through. I personally know your struggle, your hurt, your temptation. I know the injustice you’ve borne, the betrayal you’ve suffered, the loss you’re going through.” He can say that because he’s experienced it all.

But as God, he never succumbed to the point of actually sinning.  That’s the one way he differs from us. But in every other way, he’s been there.

Hebrews 4:15-16 says, “Jesus understands every weakness of ours, because he was tempted in every way that we are. But he did not sin! So whenever we are in need, we should come bravely before the throne of the merciful God. There we will be treated with undeserved kindness, and we will find help.” (Contemporary English Version). Another version says, “We don’t have a high priest who can’t sympathize with our weaknesses, but instead, one who was tempted in every way that we are, except without sin.”

Jesus wants us to trust him, and so he came into our world and chose to undergo every human experience he possibly could.

In fact, his very last act on the cross, something he consciously chose to do, was done for our sake. So that we would know that he knows our experience. He allowed himself to suffer excruciating thirst on the cross. He didn’t have to. Just before the nails were pounded into his flesh, the soldiers offered him something they offered to every person they crucified—a drug to help numb the senses. It was a drink. Mark says it was wine mixed with myrrh. Matthew described it as wine mix with gall. Both myrrh and gall contain sedative properties that numb the senses. But Jesus refused it. As Lucado puts it, he refused to be stupefied by the drugs, opting instead to feel the full force of his suffering.

Why did he choose to endure all these things? Because he knew we would feel them too. And knowing that he understands our experience, we’re able to trust him better. Just like I would trust a guy who’s had to endure the hardship of getting in shape to walk with me through my own journey more than the guy who’s never had to exercise in his life but is still in relatively good health on account of his genes. We can trust Jesus because he’s been through it all himself.

Now, this is all well and good. But God didn’t intend for Jesus to suffer just so that we might feel helped. Yes, this is true. Hebrews 2:18 says so: “He’s able to help those who are being tempted, since he himself experienced suffering when he was tempted.” But we’re not the only audience God has in mind. Jesus endured his own hardships for the sake of everyone he made, not just those who know and follow him.

Paul beings his 2nd letter to the Corinthian church with this statement: “May the God and Father of our Lord Jesus Christ be blessed! He is the compassionate Father and God of all comfort.  He’s the one who comforts us in all our trouble. Why? So that we can comfort other people who are in every kind of trouble. We offer the same comfort that we ourselves received from God. The comfort and help we receive from knowing that Christ shared our life experiences is the very thing we share with others in their own hardships.”

And he goes on to basically tell the Corinthians that whatever he and his ministry companions go through – be it hardship or comfort from hardship – it’s all for their sake. Paul wants the people of this church to see him and his fellow workers as a kind of inspiration. In essence, he hopes they will say, If they can endure their hardships, so can we. As Paul sees is, in the end they all become partners in both their suffering and their comfort from suffering. And then he goes on to describe in more detail some of their hardships.

But here’s the point: Christ went through everything we go through so that we would be encouraged to go through it all as well, trusting him the whole time. But he also intends for you and I to be the same for others in their own hardships. This is one of the ways we can be the hands and feet of Jesus.

Here are some real life ways some of you might be able to do this. You’ve probably read in the bulletin that we’re going to starting an outreach ministry called “GriefShare.” GriefShare is a friendly, caring group of people who will walk alongside others through one of their most difficult life experiences. One participant, Claude, said this about his experience of GriefShare: “I am thankful to find a group that knows how I feel.” Did you catch that? He was able to get through his time of difficult because he was sounded by people who knew how he felt. The hope is that people like Claude will continue with GriefShare – but at some point as a group leader. Some of you have gone through your own seasons of grief. You just may be the persons best suited to walk with others going through a similar season of life.

And speaking of seasons, some of you here are what we might called a “well-seasoned Christian.” You’ve been a follower of Jesus for many, many years; spiritually, yours is a mature faith. It’s also reasonable to assume that there are some among us—and there will continue to be so – who are relatively new to the faith, but who would like to grow as a Christian. You who are mature in the faith could serve as a mentor for those who are wanting to grow in their faith. And the truth is, there are good resources for doing this. It’s not something you have to figure out how to do on your own. In fact, I’m doing it myself for the first time; I’m mentoring two men, and the workbook I’m using is already proving to be a great discussion starter.

Finally, something we can all do is be good listeners. If you ever find yourself listening to someone else talk about a hardship they’re going through, just listen. And then, when you sense the Holy Spirit nudging you, you might talk about your own struggle. Not as a way of one-upping them; please don’t begin your response with, “Oh, you think you had it hard, let me tell you about the time I….” Remember, it’s not about you. But you can bring your own experience in if you think it would be supportive or encouraging to them.

For example, within days of my heart attack back in 2014, Dan and Amy DeLine were at our house. They came by because he’d been through two heart attacks himself, and wanted to let me know that I wasn’t alone. He share his stories with me, which I found very encouraging. This is what I’m talking about.

So, let me go back to my opening question and image. If you were drowning, who would you want to come and rescue you, the baby or the lifeguard? Well, if it’s water I’m in, then it’s the lifeguard.

But if it’s sin in which I’m drowning, then I not only want but need Jesus. Someone who’s been already endured everything we’re going through. Someone who’s been there, and can empathize with our every weakness. And the only someone who can truly save me from my sin.

Thanks be to God for Jesus Christ, and for his willingness to bear it all for our sake.

Previous
He's Got Our Backs
Next
The Cross: From Tragedy to Triumph