During my eight-year leave of absence (2006-2014), I had full-time employment in only one year – my last. For the other seven years I could only find part-time employment. I was very fortunate that my employment was constant, and at times I was able to hold down two different jobs. But for all intents and purposes, except for my last year, my financial contribution to the family budget needs came from a part-time job.

Financially, those eight years were pretty stressful. They were during the recession, when people who made tons more money than us were losing their jobs and homes. Even though our belt was cinched pretty tightly the whole time, every now and then we’d have to cinch it even tighter, and watch every nickel we had. Fortunately, by God’s grace those periods of having to be extra, extra careful didn’t happen a lot, but when they did, I really struggled. For me, they were what threatened my faith the most. And by faith, I mean trust in God to provide—to meet our daily needs.

You see, when we’d get to those points, my first response was to panic that I wasn’t working full-time, that I wasn’t providing for my family the way I wanted to be able to provide. That was a problem for me. And so I’d get angry over the situation and declare something like, “That’s it!  I’ve got to find a full-time job, no matter what it is! I’ve got to adjust our plan and get a different job.” Then Caroline would talk me off the ledge, I’d take a deep breath, and we’d pray more about it. And every single time God brought us through.

Yes, my trust in God to provide was challenged. I never stopped believing that God was for us; I never doubted that. But I did find myself thinking that I needed to take control of the situation. That it was up to me to make it better, and that if I could just find full-time work, that would solve the problem.

We’re problem-solvers, aren’t we? Our motto is, Find a problem, solve a problem. And if we can’t solve it one way, then we’ll look for another way to solve it. It’s difficult to not be able to make a problem go away.  Or, to put it another way, it’s difficult to let it just be what it is. Who here, if diagnosed with cancer, would respond by doing nothing? Or if given the opportunity to get a better grade on a school project by doing some further work on it, would instead take the low grade and do nothing? I suppose there are some people who’d rather not do anything to make it better, but I think that most of us would do whatever we had to do in order to make it right.

Our motto is Find a Problem, Solve a Problem.

But there are also times when providing the same medical intervention doesn’t have the same results. And offering the same prayers doesn’t seem to have the same effect. And the illness remains. What then? Do we still give thanks? And if so, for what? 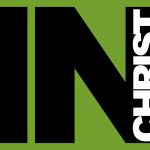 The lie we often hear whispered into our ears is, “You can’t do this.” And then it becomes our truth. I can’t it. I don’t have it within me. It’s not possible. It’s beyond reach. I don’t have what it takes. I don’t have the strength to keep going. But that’s simply not true for those in whom Christ lives and breathes. The truth is, in Christ, you can endure all things. How? Through the One who gives you strength – Jesus Christ.

Paul, who wrote the letter we call “Philippians,” (his audience was the congregation in the city of Philippi) thanks his readers for supporting him financially. As a missionary, his primary task was to start new churches. And with each new church start, he asked the congregations he’d already established to help fund the growing ministry. Of course, it wasn’t always possible to support the ministry as they wanted to. And when this was so, Paul still did what he was called to do, even if he had to do it with little funding.

In chapter 4 of this letter, after thanking them for their support, he let them know that regardless of what they can do in way of financially supporting him, through the years he’d learned to make do. But not just making do, he learned to be content in whatever situation he found himself. He writes, “I know the experience of being in need and of having more than enough; I have learned the secrete of being content in any and every circumstance, whether full or hungry or whether having plenty or being poor. I can endure all these things through the power of the one who gives me strength” (Phil 4.12-13, emphasis added).

I think the specific context of Paul’s profession has to do with him not being able to control the situations in which he found himself. If he didn’t have the money to buy a meal, he’d go hungry until he earned something. If he needed something, but didn’t have the means of getting it, he learned to do without it. And be OK with it. That’s how I see this profession, “I can endure all these things through the power of the one who gives me strength.”

When you’re in the middle of something that you can’t control, this truth is something you can hang your hat on. In Christ, you can be OK in the midst of the struggle. It may feel like you can’t, like you don’t have what it takes, but the truth is, in Christ you can. You can be content even when things aren’t going as you would like. Or as you’re trying to make them go. Not because you have the strength within yourself – because you often don’t – but because you’ve been strengthened by the One who is in you – Jesus. He is your strength. Jesus isn’t just a source of strength, he is your strength. Because he lives in you, he is your strength. Your strength to endure. To keep going. To not give in to the lie that you can’t.

Now, let me be very clear about something. Clinical depression is very real; it’s not just “in your head,” so to speak. Post Traumatic Stress Disorder (PTSD) is very real; it, too, is not just in your head. These are mental medical conditions, and require professional intervention, often in the form of medication and/or therapy. These are not the types of situations I’m talking about, where it’s just a matter of leaning on Jesus to give you the strength to be content with the way it is without getting medical help. However, it may be that even with professional intervention, in situations like these there still could be a struggle of some kind. You may be doing everything you can, but still find that life is hard. I think this is when you lean on the truth that in Christ, you can. You can endure it. You can—with Jesus in you—keep going. It may feel like you can’t, but I believe the truth that Paul is emphasizing is that in Christ we can endure.

The truth is, in Christ you can endure all things.

Previous
I Am a Masterpiece
Next
I Am a Complete Person