Doctors have long known that infants who are breast-fed contract fewer infections than do those who are given formula.  Until fairly recently, most physicians presumed that breast-fed children fared better simply because milk supplied directly from the mother is free of bacteria.  Formula, which must often be mixed with water and placed in bottles, can become contaminated easily.  Yet even infants who receive sterilized formula suffer from more meningitis and infection of the gut, ear, respiratory tract and urinary tract than do breast-fed youngsters. The reason, it turns out, is that the antibodies in mother’s body are passed along to the baby through her milk, and these antibodies actively help newborns avoid disease.  While newborns who receive only formula do eventually develop these antibodies on their own, it takes much longer to get to that point. The immunity system of breast-fed babies is built up pretty quickly.

For most of us the “common cold” is an annoyance. Maybe we’ll miss a couple of days of work and feel like our heads are balloons, but beyond that it’s usually just a matter of letting our bodies fight it off. A healthy immune system is necessary for life, because it makes us resistant to the things that would make us sick.

Let me ask you a question: yes or no, generally speaking you resist talking about your faith with people you don’t know all that well (doing what we traditionally call evangelism)? If you’re like me, you probably are. This is not something I’ve ever felt drawn to, and have pretty much avoided doing it, even though I know it’s something Christians are supposed to do. In a very real sense, we main line Protestants have done a good job over the past number of generations building up our immunity to evangelism. Be honest, when you learned I was doing a six-week sermon series on becoming a contagious Christian, what was your reaction? I bet it wasn’t, It’s about time!

Here’s what I know about being a United Methodist these days. If you’ve been a United Methodist for a long time, then you’ve been a part of a denomination which hasn’t emphasized verbal faith-sharing. We’re good at faith-sharing through acts of service. The problem is, acts of service look exactly the same coming from both Christians and atheists alike. It would be silly to assume that just because we do something nice for someone they’ll automatically connect the dots and conclude that we’re doing that act of service because we’re Jesus people, and then say to themselves, “I think I now want to become a Christian.” Acts of love done in Jesus’ name need verbal back up. But the fact is, verbal faith-sharing/evangelism is not a part of our present day denominational DNA. Because this is so, most of us have very little experience talking about our faith with other people.

So, I imagine the two most common reactions to learning about this particular sermon series fall into two categories.

There may have a been a few of you who thought this might be something you’d like to learn more about and try, but my guess is more of us thought I don’t want to do it, or I can’t do it. That’s my guess, because that’s how I’ve pretty much responded to the whole idea of faith-sharing my whole life – as a United Methodist.

Take a look at these synonyms of the word immune:

Would you like to think that you’re resistant to the Holy Spirit? Or that you’re emotionally unaffected by the Good News? Or that you’re hardened to God changing your heart and softening you to his plans for you? No,
I’m guessing these aren’t words that you’d like associated with your personal identity as a follower of Jesus?

And yet, I think this is exactly what can happen when someone takes the stance that they’re simply not interested in having a faith that draws others to Christ. Additionally, I think there’s a similar danger to our faith when we determine ahead of time that faith-sharing is outside the realm of possibility.

We’ve all said it, right? “I could never do it.” I could never verbally share my faith because I wouldn’t know what to say; I don’t really have anything to say; people might laugh at me; I wouldn’t know how to respond if they have challenging questions; I don’t know enough of the Bible to defend myself. I don’t want to do it. I can’t do it.

Here’s the thing, I’m beginning to think that a resistance to faith-sharing, whether out of fear or disinterest, may actually have a negative effect on one’s own faith development. Just this week I read about a church that came to this very conclusion. They’re so convinced that the health of one’s personal faith is so closely tied to the ability to talk about and share their faith with others that they’ve revamped all their faith-formation programming.  Bible studies and small groups now intentionally include giving them tools and support for faith-sharing. In essence, they’re making the bold statement that faith-sharing is a vital aspect of faith-formation.

If you’re familiar with the Michigan Marching Band, then you’ve heard their rendition of the songs, “Temptation” and “Hawaiian War Chant.” At the close of “Temptation” the announcer exclaims, “You can’t have one without the other,” at which time they break into “Hawaiian War Chant.” Well, it’s the same way with having faith in Jesus Christ and being able to somehow share that faith with another. You really can’t have one without the other. And least, not if you’re committed to living into the kind of faith God intended us to live into. The bad news is that most of us life-long United Methodists have never been taught that faith-sharing is a vital part of faith-formation, let alone how to intentionally do it. My sincere hope for this sermon series is that 1) more of us will at least open ourselves up to the possibility of learning how to share our faith, and 2) a few of us will actually commit ourselves to stepping out and doing it as best as we can.

In today’s reading from Revelation 3, Jesus accused the Laodicean church of being “lukewarm.” And just to be clear, this isn’t a good thing. Being lukewarm is akin to “sitting on the fence,” where you’re neither one nor the other. We tend to think that sitting on the fence is more positive than negative. That is, we take the position that it’s good as long as we’re not doing something bad. If we’re not actively causing harm, then we see that as good. So even being on the fence can be seen as good.

But that’s not how Jesus sees it when it comes to matters of faith. He says, You are neither cold nor hot. I wish that you were either cold or hot (Revelation 3:15). Think about that for just a moment. If “hot” = good, and “cold” = bad, Jesus sees being bad as better than being neither good nor bad. When it comes to living out our faith, sitting on the fence is actually the worst place to be! And that’s really bad news for us United Methodists, because historically we’ve prided ourselves on being fence-sitters. We’re really comfortable being right there in the middle. We’re neither too hot – too spiritually enthusiastic like our Pentecostal brothers and sisters, nor too cold – too spiritually dispassionate like our Anglican brothers sisters. We like being right there in the middle. But Jesus has a stern warning for us who fall into this spiritual category. He says, Because you are lukewarm, and neither hot nor cold, I’m about to spit you out of my mouth (Rev. 2:16).  I honestly can’t think that any of us see Jesus spitting us out as a good thing. Can you?

So, how do you know if you’re spiritually lukewarm? We’re given a clue in verse 17. Starting in verse 15, Jesus says, “I know your works.  You are neither cold nor hot. I wish that you were either cold or hot. So because you are lukewarm, and neither hot nor cold, I’m about to spit you out of my mouth. [here is it] After all, you say, ‘I’m rich, and I’ve grown wealthy, and I don’t need a thing.’  You don’t realize that you are miserable, pathetic, poor, blind, and naked.”

I’m rich, I’ve grown wealthy, and I don’t need a thing. He’s talking about self-sufficiency. Self-satisfaction. To be clear, he’s not talking about finding satisfaction with whatever God’s blessed you with. 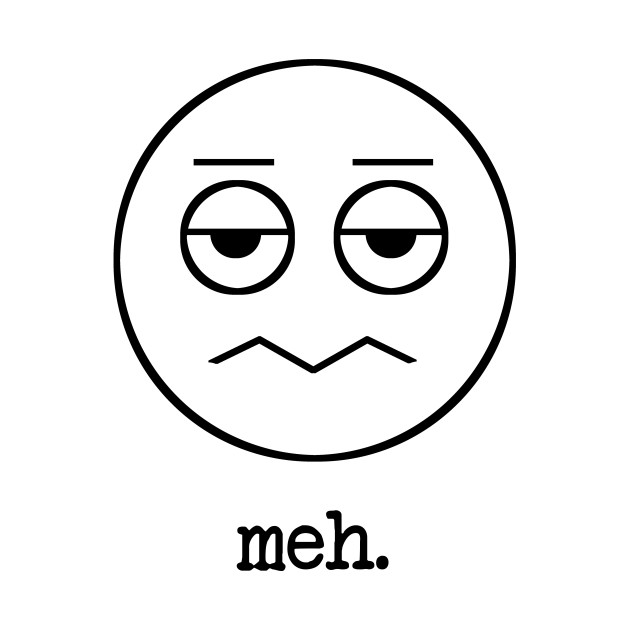 That’s a healthy satisfaction. No, he’s talking about the attitude of being satisfied in oneself, wherein you don’t need God. That includes the mindset of being spiritually satisfied with the current status quo. I’m fine with where I am right now spiritually. When opportunities for spiritual growth come, and the usual response is, “Meh,” that may be a sign of a lukewarm spirit within

IHere’s the thing: we may be satisfied and think we’re fine just as we are, but Jesus knows the reality. When we’re self-satisfied with the spiritual status quo, he says the truth is we’re miserable, pathetic, poor, blind, and naked (verse 17b).  It’s the king walking in the parade who believes he’s wearing magical clothes that everyone but him sees, and the truth is he’s not wearing anything; he’s naked.

On the above continuum, where would you place your level of spiritual zeal as you see yourself? Are you “on fire for Jesus,” or is wearing your faith on your sleeve something you actively try to avoid doing? If you see yourself somewhere in the middle, please know you’re not alone. A lot of us see ourselves there. If that’s where you’re at, it certainly doesn’t make you a bad person or a bad Christian. But it could mean you’re not necessarily experiencing the abundant life that Jesus said he came to give you.

John 10:10 – Jesus said, “I came so that [you] could have life—indeed, so that [you] could live life to the fullest.” I believe that the abundant life he offers is something we can experience, and that there’s no mistaking the experience of abundant life. You’ll know it if you’re experiencing it. On the other hand, if you can’t say for sure, then maybe you’re not experiencing the abundance he said he came to give you.

The good news is that Jesus came to give us all abundant life, not just a few of us. So if you think there’s still room for growth in terms of your own spiritual zeal, then I’m suggesting this morning that one of the things you might consider doing is opening yourself up to the idea that learning how to effectively share your faith in a way that feels natural to you could be a key component in your continued faith-formation. If there’s a part of you that says, Yes, I’d like to be a little more on fire for Jesus, one pathway towards that fire is learning how to tell others the difference Jesus has made in your life in a way that feels normal and natural for you. I’m currently teaching a class on how to do this, and I guarantee that it’ll be offered on a regular basis from this point on.

Today my hope is that you would intentionally lower any resistance you may currently have towards intentionally going deeper in your faith. And that you would lower your resistance to the possibility of learning how to effectively share your faith in a way that feels natural and normal. If you leave here more open to either or both of these two things, then praise God, who gets all the glory!

Previous
"'The reason for my hope?' you ask?"
Next
Lowering Your Immunity, Part 2