This is the last in a 5-part Lenten sermon series called “He Chose the Nails,” based on Max Lucado’s book by the same title.

What does it look like is happening here? It looks like someone’s jumping over a deep hole in a sidewalk. But it’s not really that way, right? It’s sidewalk art, and it’s drawn from the perspective of the specific location of the camera. Move the camera to the left or right and the perspective is lost.

Here’s another example. It appears to be giant snail sneaking up on a woman sitting on a bench. Please note the left tentacle. The second image shows what it looks like from a few feet to the left. And you see that the left tentacle is a steel pole buried in the sidewalk. 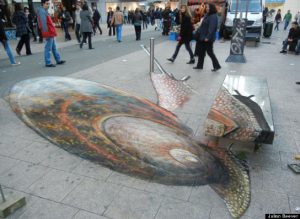 Sometimes, perspective makes all the difference in the world. How we perceive or view things can have a big impact on our experience of life. 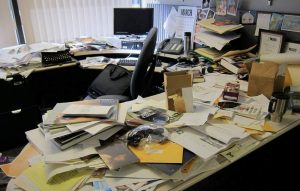 What do you think, IS THIS A HIGHLY CLUTTERED DESK, or is there some semblance of organization to it? Well, that may depend on who you’re asking. To me it looks cluttered, with no sign of order. But it just could be that the owner of that desk knows exactly where everything is, and could put his hand on what he/she needs relatively quickly. I recently read a funny Einstein quote as it regards the look of one’s desk. He asked, “If a cluttered desk is a sign of a cluttered mind, of what then is an empty desk a sign?

Today, one of the biggest debates taking place within the Christian Church in America centers around the place and acceptance of our brothers and sisters in the LGBTQ (lesbian-gay-bisexual-transgender-queer) community. Almost everyone who has a strong thoughts one way or another will point to certain passages in the Bible as a proof text to support their belief. In other words, people on all sides use the Bible as a main source for their beliefs.

But I think there’s something else at work here, something that goes even deeper than the specific words or admonitions found in Scripture. And that’s the perspective on the authority of Scripture that one brings to the table.

Here’s what I mean by that. We’ll start with person A. “A” has what we might call a high view of the authority of Scripture. By and large, “A” believes the stories throughout the Bible to be true as presented. He or she would say that the lessons and teachings found in the Old and New Testaments have authority for the purpose of guiding our beliefs and actions. If Scripture says “thou shalt not,” then you shouldn’t do it. If it says “thus and thus is true,” then you should believe it to be true, and follow it accordingly.

Then there’s Person B. “B” has a lower perspective of the authority of Scripture. It’s somewhat of a overgeneralization, but for “B,” the truths contained in Scripture are not seen as rules to be followed or strict doctrines to be believed. There’s a greater emphasis put on the biblical “big picture” than the specific teachings within.

When person A and person B get into a conversation about how the church should respond those in the LGBTQ community, what each of them argues for will likely be different, because their respective views of the authority of Scripture has a tremendous impact on what they believe. “A” quotes chapter and verse that would seem to clearly indicate that homosexual behaviors are  not in-line with God’s will and purpose. But then “B” will quote chapter and verse that seems to clearly show that God’s will and purpose is far broader than that single issue. “B” might also highlight some of the contextual realities of “A’s” chapter and verse, reminding us that the context of life 2000+ years ago is a lot different than today. In my experience, the different perspectives on the authority of Scripture make this particular conversation a tricky one to navigate well.

Then there’s the perspective of the cross. I think it’s pretty safe to say that as a symbol, the cross has undergone a transformation of perspective that most of us will never be able appreciate. For us, today, the cross is really a thing of beauty. Here are some examples. 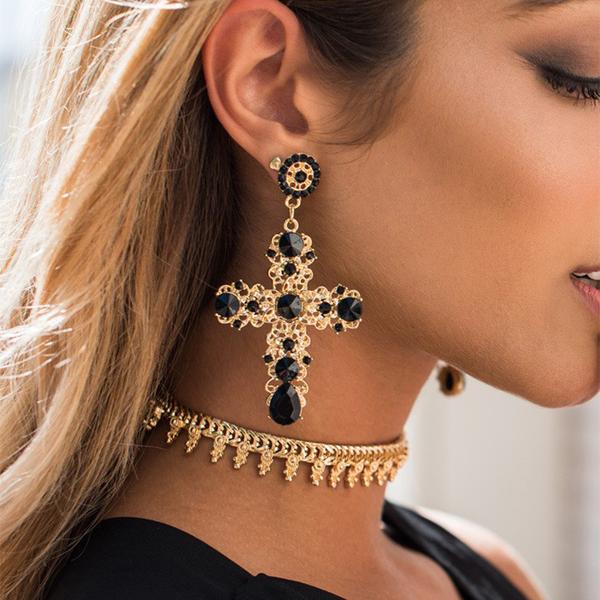 But the fact is, the cross is a symbol of death. And more than that, it’s a symbol of extreme torture. If one of Jesus’ disciples were to time travel to today and see our beautiful cross jewelry as well as the prominently displayed crosses in every church, can you image how shocked they’d be? It would be like us going to sleep and waking up in the future and seeing people wearing noose earrings and necklaces. How shocked would we be if we woke up from that long sleep and discovering that every house of worship had an electric chair up on the front wall? Or some creative rendering of AR-15’s on the front wall? You get my point. For the folks in Jesus’ day, the cross was anything but beautiful. It certainly wasn’t something they would call good. Plain and simple, it was bad, bad, bad.

But over time the perspective of the cross changed. In the hands of human beings, it was originally an symbol of torture and death. But in God’s hands it became a symbol of redemption.

Have you ever wondered why the day we remember Jesus’ crucifixion is called Good Friday instead of Bad Friday? I remember asking myself that question when I was a kid. Clearly what happened to Jesus was a bad thing, right? But what he accomplished through that bad thing ended up being a good thing – a really good thing! By becoming our sin and guilt and going to the cross, our relationship with God was restored—something we never could have done on our own. Never. Ever. According to God’s law, that level of forgiveness required the sacrifice of a perfect, unblemished lamb. Jesus was that lamb. In fact, we even call him the Lamb of God. And his self-sacrifice made it possible for us to be righteous and holy is God’s eyes. That’s the good thing. That’s what makes it Good Friday.

From tragedy to triumph. That’s how God rolls.

The crucifixion wasn’t final word. At the time it seemed that way. Even though Jesus had told his disciples ahead of time that he would rise from the dead, it probably just went in one ear and out the other. It made no sense. And so they must have simply dismissed it as nonsensical.

After Jesus was taken down from the cross and buried, two of his followers wrapped his body with linens and a 75 lbs. mixture of myrrh and aloes. They were burying him for good. And when Resurrection Day did come, and John and Peter ran and saw the empty tomb, they were utterly confused with what they saw; they expected to see a corpse. At this point in the narrative, John adds his own commentary. In John 20:9 he parenthetically adds, “They still did not understand from Scripture that Jesus had to rise from the dead.” The point is, once the stone covering his tomb was rolled into place, as far as they were concerned, that was it. Jesus was dead.

From tragedy to triumph. That’s how God rolls.

First century Christians had it pretty hard. Many, if not most, suffered tremendously for their faith in Jesus Christ. It’s nearly impossible for you and I to understand what it was like for them, because we live at a time and in place where worshipping Jesus is perfectly fine. But it’s not that way for many Christians today in other parts of the world. And it wasn’t that way for the first century Church as well. When Peter wrote to the Believers, he did so in part to encourage them to stick with it. Why? Because, he said, your current sufferings will result in your eventual glory. When Christ returns, he said, your sufferings will end, and you will be rewarded with eternal glory.

In the passage Caroline read for us, Peter tells the church elders to keep the faith even in the midst of their sufferings, so as to be a witness for the younger Christians.

Care for the flock that God has entrusted to you. Don’t lord it over the people assigned to your care, but lead them by your own good example. And when the Great Shepherd appears, you will receive a crown of never-ending glory and honor (1 Peter. 5:2-4).

And then he tells the younger folks in the church to humbly accept the authority of the elders. In fact, they’re all to “dress themselves in humility” (v. 5). Because at the right time he will lift you up in honor (v. 6). (a reference to being taken to heaven upon Christ’s return). And in v. 10 we read this: In his kindness God called you to share in his eternal glory by means of Christ Jesus. So after you have suffered a little while, he will restore, support, and strengthen you, and he will place you on a firm foundation.

From suffering to glory. From tragedy to triumph. That’s how God rolls.

It’s not just how God rolled back then. It’s how God still rolls today! God’s still in the business of turning tragedy to triumph.

Romans 8:28 is a favorite of many Christians because it affirms the truth of God’s nature to turn tragedy into triumph. Paul says, “We know that God causes everything to work together for the good of those who love God and are called according to his purpose for them.” For those who love God and know that God has a purpose for them beyond what they themselves can see, God will take whatever circumstances life throws at them and work it somehow for their good.  Romans 8:28 says that God will take our tragedies and transform them into triumphs.

What tragedy or suffering would you like God to transform into a triumph in your own life? Are you currently facing a difficult situation, one that seems way beyond your own ability to make better, that you’d love for God to work together for your good, or the good of someone else? If so, let me ask you 2 important questions?

If you believe that the cross is now a symbol of redemption, that Jesus was bodily raised from the dead never to die again, and that our current sufferings will give way to an eternal glory in Jesus Christ, then I would encourage you to allow yourself to believe that God can take whatever you’re facing right now—no matter how big it may be—and transform it into something good. It may not happen overnight, but believe that it will happen. Believe that God cares about you. Because that’s the truth. And if you don’t believe God can and will do that for you, then please at least consider asking God to change your perspective. In fact, challenge him to do that. It’s what we prayed for earlier this morning: change my heart, O God, make it ever true; change my heart, O God, may I be like you.

Thanks be to God for using the death and resurrection of Jesus Christ to transform our tragedies into triumphs!

Previous
Been There, Done That!
Next
A King of a Different Crown

In-person worship is canceled through January 30. Please join us online Sundays at 9:30 am.